Home » Education » Alpha generation: everything you need to know

Like any generation, the timing and circumstances of these babies’ birth influence their behavior and the decisions they make and make. This is why we would like to reflect on the characteristics of the alpha generation.

The alpha generation is children growing up with smartphones in their hands. Moreover, from an early age they can communicate their thoughts over the internet in seconds.

Today’s tremendous technological advances – and other factors as well – make them one of the most prepared and transformed generations.

Our new way of communicating makes the generational change one of the greatest in history. While previous generations simply had access to more and more modern technologies, the alpha generation spends most of their lives completely immersed in it.

The first generation of the 21st century

The alpha generation consists of children born between 2010 and 2025. They are mostly sons and daughters of millennials otherwise known as Generation Y.

As you can guess, the alpha generation is the successor to the Z generation that started in the mid-90s, heralding the beginning of something new.

The future that the alpha generation creates will be based on the changes we’re experiencing today. Children of this generation often have older parents and belong to smaller families. Many of them are only children.

All over the world, statistically speaking, the alpha generation enjoys greater wealth and material goods than previous generations. This first generation of the 21st century is increasingly immersed in technology from the day it was born. She will never know a world where mobile applications do not exist.

Our new way of communicating makes the generational change one of the greatest in history. While previous generations simply had access to more and more modern technologies, the alpha generation spends most of their lives completely immersed in it.

What characterizes the alpha generation

Undoubtedly, the children who make up the alpha generation will be technology experts. They will never know the world without social media. Most of them will use mobile devices that are so smart that there will often be no need for desktops and laptops.

As if that were not enough, the use of technology will also change their consumer habits compared to previous generations. They will mainly buy online and have less contact with people than before the generation that shopped more often in brick-and-mortar stores.

Must Read: A weak teacher – do you know what his characteristics are?

The alpha generation will be more self-sufficient and prepared for big challenges. They can count on complete online education and the opportunity to learn according to their own personal preferences.

At the same time, the AG will be better prepared than any other generation to face problems that we cannot solve today. It will be possible by being born into a world that is crowded, intelligent and always in touch with everyone.

Alpha children get bored very quickly. This is because they are used to going between screens and windows and quickly searching for information to find what they are looking for.

They jump from application to application, from screen to screen, from video to video, in search of something that interests them. This reduces their ability to concentrate.

Experts predict that the alpha generation will be interested in physical games, but not in the way we understand them today. Research shows that alpha children will show the greatest interest in handheld devices and gesture-based interfaces.

This will affect the number of hours children play sports on a weekly basis. Their interests and priorities will be susceptible to changing the world, especially with regard to technology.

All in all, don’t forget that the alpha generation will also face significant psychological challenges. They will feel more lonely despite being in constant contact. It is part of the natural consequences of the evolution of technology and of society itself.

Is screaming an effective educational method?

Setting boundaries – how much independent a child should be

Find out what benefits children libraries can offer!
A weak teacher – do you know what his characteristics are?
Comment 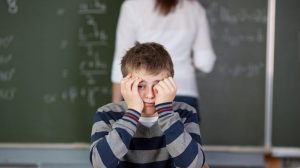