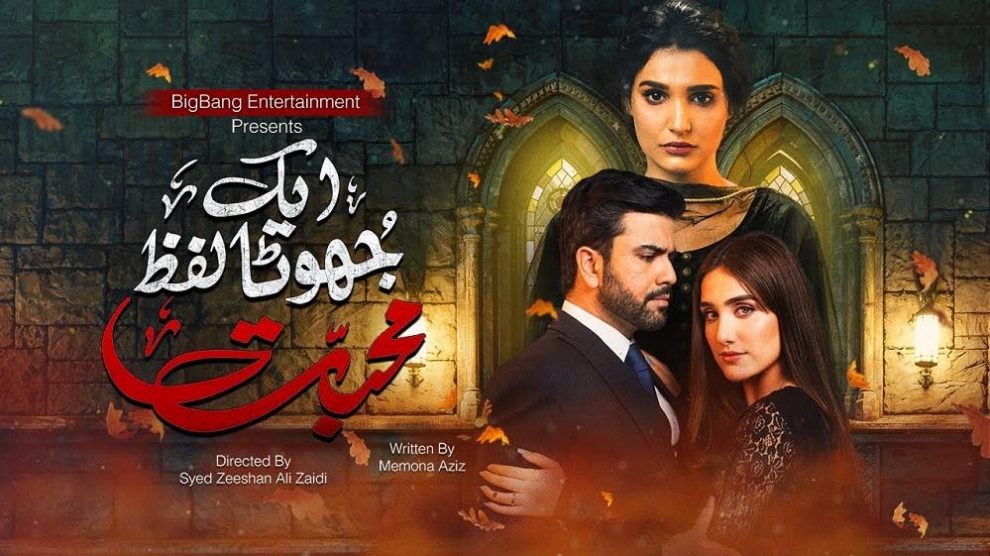 ‘Inteha-e-Ishq’ features Junaid Khan opposite Hiba Bukhari. The teaser reveals Junaid Khan in a handsome avatar, as he appears in yet another distinct role. Written by Shagufta Bhatti, directed by Dilawar Malik, and produced by Khurram Riaz, ‘Inteha-e-Ishq’ is a story that revolves around a family-oriented man who has a hidden past that affects his marriage.

On the other hand, in the drama ‘EkJhootaLafzMohabbat’ Junaid Khan is seen in a completely different avatar as he essays the character of an emotionally driven man. This saga of love and tragedy, produced under the banner of Big Bang Entertainment, has been penned down by Mamoona Aziz, directed by Syed Zeeshan Ali Zaidi, and co-produced by Fahad Mustafa and Dr. Ali Kazmi. The stellar cast also includes Amna Ilyas, Aiza Awan, and EmmadIrfani.

Talking about his latest projects, the actor said, “I had an amazing time working on these serials, the characters are quite different from one another, and I enjoyed playing them. The cast and crew really added to the whole experience, and I’m very excited for the audiences to see them both.”

‘Inteha-e-Ishq’ and ‘EkLafzMohabbat’ are slated to go on air soon exclusively on A-plusand Express TV.

Singer, songwriter, and actor – Junaid Khan has carved a niche for himself in the Pakistani entertainment scene – starting his career in music and making a name for himself as the lead vocalist for his rock band Call, Khan soon moved his focus to television and has given us back-to-back commercially successful ventures such as Yaarian, Kamzarf, Sun Yaara, Ishq Tamasha, Kashf, Khuda Aur Muhabbat to name a few. On Pakistani television, Junaid Khan is currently one of the most bankable actors and he is set to be making his big screen debut opposite Mansha Pasha in the feature film ‘KahayDilJidhar’.

Ethics Manager and Garbage Designer: What Professions Will Be Popular in 10 Years?

The art of pedagogical rhetoric: secrets and techniques