Home » Entertainment » KhudaAurMohabbat trending at no.1 in India on YouTube 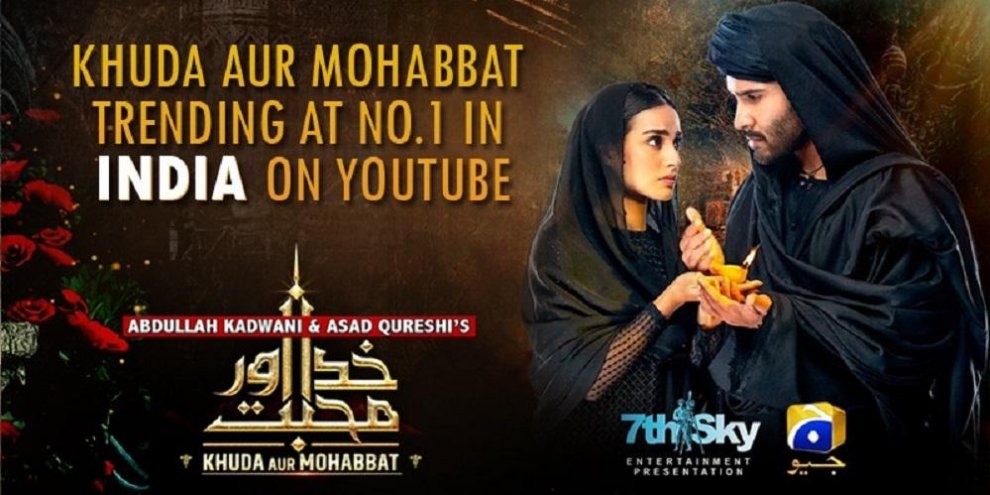 7th Sky Entertainment’s magnus opus, KhudaAurMohabbat has been making waves in the entertainment industry ever since its first episode. This time, fans across the border have shown massive love and appreciation for the serial as KAM is now trending at no.1 in India on YouTube.

The engrossing tale about love and spirituality, helmed by the media moguls Abdullah Kadwani and Asad Qureshi, has been setting new records in the industry since it went on-air.

The star of the drama, Feroze Khan, also tookto his twitter to thank his millions of fans across the border. “The fans all across the world. Thank you,” he tweeted.

Must Read: Series of Activities for Celebrating 2021 Mid-Autumn Festival

The latest episode of KhudaAurMohabbat also surpassed 14 million views in just 48 hours. It has also broken all YouTube records in the history of Pakistan.

It’s safe to say that the heart-warming tale featuring Feroze Khan and Iqra Aziz has won the hearts of fans all over the world.

Tune into Geo Entertainment every Friday at 8pm to watch an all new episode of KhudaAurMohabbat!

7th Sky Entertainment is a Pakistani television production house. It has produced and aired many television series of various genres on different channels. The house was founded by Abdullah Kadwani & Asad Qureshi. The production company produces most content for and of Geo Entertainment.

Pakistanis now have the chance to truly experience a life less ordinary at Porto Montenegro – as BORDERS OFFICIALLY REOPEN TO INTERNATIONAL TRAVELLERS!

Ethics Manager and Garbage Designer: What Professions Will Be Popular in 10 Years?

The art of pedagogical rhetoric: secrets and techniques